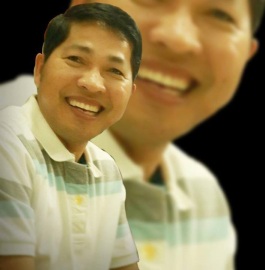 In 1995, I was forced to quit formal education after fifth grade due to my family’s inability to pay the $5 bribe required for a passing grade. Despite being ignored and discriminated against as a child born into poverty, today I see that these difficulties and hardships make me stronger. I was not only hungry physically; I was also hungry spiritually and intellectually, so I decided I should join the monkhood.

My new life started in the temple in 1996. From there, I got everything I needed to continue my education and change the cause of my life. I started my education in Buddhist primary school, eventually graduating from high school and continuing to universities in the USA.

Along the way, in 2000, at the age of 20, I was voted by my fellow monks to become a senior leader of Wat Damnak in Siem Reap. Since then, I have felt a great privilege and an obligation to advocate for and give voice to those who are voiceless such children, and young girls.

This situation faced me with some worrying questions. What would my nation’s future look like if today’s poorest children grew up with no education? What would our future be if many disadvantaged young girls becoming mothers without skills and education? The answer is clear: history would keep repeating itself.

This is the motivation that led me to create the Life and Hope Association (LHA) in 2005. It was based on a simple principle: “to bring HOPE into LIFE through compassionate CARE and EDUCATION”. Our equation is that: “LIFE + HOPE = CHANGE; and LIFE + HOPE + EDUCATION = A GREATER CHANGE”.

In addition to the work at LHA, I was an elected CCC-member (country coordinating committee for Global Fund in Cambodia), the head of NGO Network in Siem Reap Province, and head of Social Service Network Against Child Labor. Prior to this affiliation at Wat Damnak, I worked as program manager of the Salvation Center Cambodia, related to HIV/AIDS and as provincial monk core trainer on HIV/AIDS and drug prevention programs.

I obtained my BA from St. Ambrose University, Iowa, USA in 2010, and a Master Degree in Public Administration from Harvard University’s Kennedy School of Government in 2013. 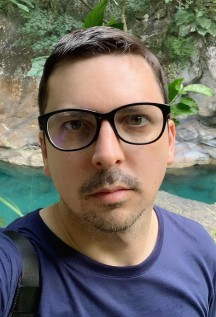 Adam Dedman serves as Director of the Institute of South East Asian Affairs (ISEAA). Adam grew up in Lexington, Kentucky, USA, where he was raised bilingual English and Japanese. He studied Comparative Religion and Philosophy from Sophia University in Tokyo, Japan at the undergraduate level and religion and gender at Harvard University for graduate work. During graduate school, Adam received a fellowship from the Japan-America Society to conduct a year of research in Japan on post-WWII Japanese religious movements. It was during this year in Japan that Adam had an “awakening” and changed his field to Thai Studies. Adam speaks Thai, Japanese, Spanish, and English.  These skills have been put to good use by his serving as an official interpreter for Miss Japan and Miss Thailand at various Miss Universe Pageants around the world. Apart from directing ISEAA, Adam also lectures in gender and social issues of Thailand and Southeast Asia. adam@acekh.org 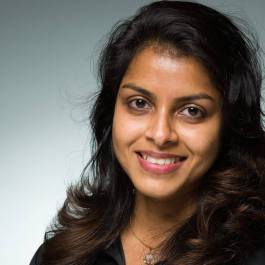 Pushpi is presently the Open Government Partnership (OGP) Civil Society Coordinator hosted by Transparency International Sri Lanka, an International Peacebuilder and Developer specializing in Policy & Restorative Justice with experience spanning three continents. She initiated and coordinated the Reconciliation Secretariat for the Sri Lankan government, coordinated projects on reconciliation and development for Search for Common Ground, worked at Bureau for Crisis Prevention & Recovery, UNDP, and the Sri Lanka Mission to the United Nations in New York. During the Sri Lankan conflict she was the Program Manager Legal at the International Development Law Organization, Conflict Transformation Manager at the Business for Peace Alliance and the Director/Registrar at the Alternative Dispute Resolution Institute.

Pushpi holds a Master in Public Administration from Harvard Kennedy School of Government as the Mason Fellow/ E. Stokey scholar, Masters in Conflict Transformation from the Center for Justice & Peacebuilding at Eastern Mennonite University as a Rotary Ambassadorial scholar and Postgraduate Diplomas in Business Administration, International & Commercial Law & LLB from the University of Wales & Buckingham UK. She is also an IVLP member of the US State Department and a trained Mediator from Harvard Law School. 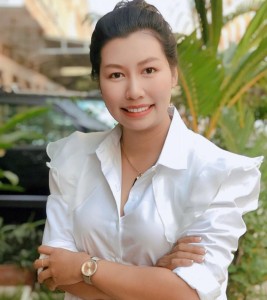 Sinara Sagn was born in Cambodia and moved to Long Beach, California, USA, when she was 13 years old. She is recently transitioning back to live in Cambodia at the end of 2019 to establish a non-profit organization that promotes higher education, economic development, and women empowerment through her Zero interest loan program to support both students in grade 10 through 12 and qualified farmers. She wishes to empower youth to be the change agents where together they can create a positive change to their community.

In 2016, Sinara graduated from California State University, Long Beach, with a double degree in International Business and Marketing and joined the United Cambodian Community (UCC)– a non-profit organization that serves the underserved community, especially the Cambodian community.  At UCC, Sinara served as a Business Navigator, where she led UCC’s Economic Development Program that provided small business development and workforce development for English Learners. Sinara established UCC’s Women’s Small Business Development Center, the first Cambodian-specific business center in California, where she built strong partnerships with the City of Long Beach Economic Development Department, banking institutions, microloan agencies, college business departments, and small business centers. Through the partnership network that she established, Sinara connected eight Cambodian business owners to over $100,000 in loans and grants. She provided one-on-one counseling to 57 businesses and educated and trained 136 individuals. Sinara built the small business program from the ground up, and the program still is running successfully to this day.

Sinara also served as an Interim Executive Director at California Cambodian Sister State, Inc. (CALCAM) She designed and oversaw two programs: Zero Interest Loan Program, and Scholarship and Mentoring Program. With the Zero Interest Loan program, she developed a pilot program where the organization could financially support two farmers to start an agricultural business by planning mushrooms. With the pilot Zero Interest Loan, both farmers were able to buy two motorcycles and send seven of their children to the good quality schools located in the city and were able to pay off the old debt they borrowed from local microlenders. The two farmers also taught their neighbors how to plant mushrooms as well. At CALCAM, Sinara also established the Scholarship programs where the organization was able to fundraise and provide scholarship awards to disadvantaged students in both the State of California and in Cambodia.

Besides working at the non-profits organizations, Sinara also volunteered facilitator at The Neighborhood Leadership Program (NLP).  NLP is offered by the City of Long Beach Housing and Neighborhood Service Bureau to provide skill sets, knowledge, and resources to a group of selected community leaders to make a difference in the quality of life within the community that they are living in. 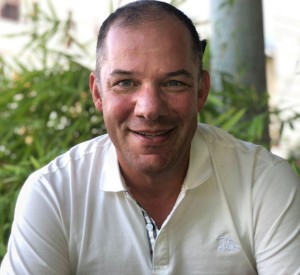 Frank is founder and chairman of the Smiles of Hope Foundation. He first visited Cambodia in 2018. In the past he has travelled extensively through Asia, but never before has he been so affected by a country. He was touched by the smiles of the Cambodians and he fell for the warm-hearted spirit of the people in ACE. During his stay as a volunteer in both the capital Phnom Penh and the provincial town of Siem Reap, he has noticed that sometimes it takes little to motivate young people to discover, develop and use their own talents. Universities and colleges in Cambodia hardly use internships to gain work experience.

“The work in ACE projects is aiming exactly on that era. The leaders of the future are now in their projects.” Frank embraces this, and he hopes that he can contribute to enabling ACE to continue the good work. All that needs to be added to this process is the money, educational resources and capacity of volunteer coaches and trainers who help young people to effectively contribute to the whole process. And that is exactly where the shoe pinches. Getting the right resources is quite a tour. Smiles of Hope wants to contribute to that gap. The Smiles of Hope Foundation is gathering computers and school materials that they ship out to Cambodia, so they can be used by the students in several local projects such as the ACE projects. Frank also coaches young entrepreneurs and students in Cambodia to start their own business. “The aim is that young people are not just to be self-sufficient, but that they start to substantially contribute to the local economy.”

With the great passion of helping young Cambodians to become leaders and have a better fit with the demand of globalization, ACE is happy to have him to be our advisor and supporter to make a better Cambodia. 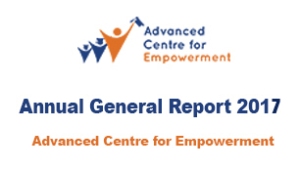 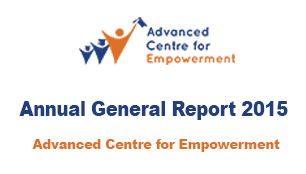